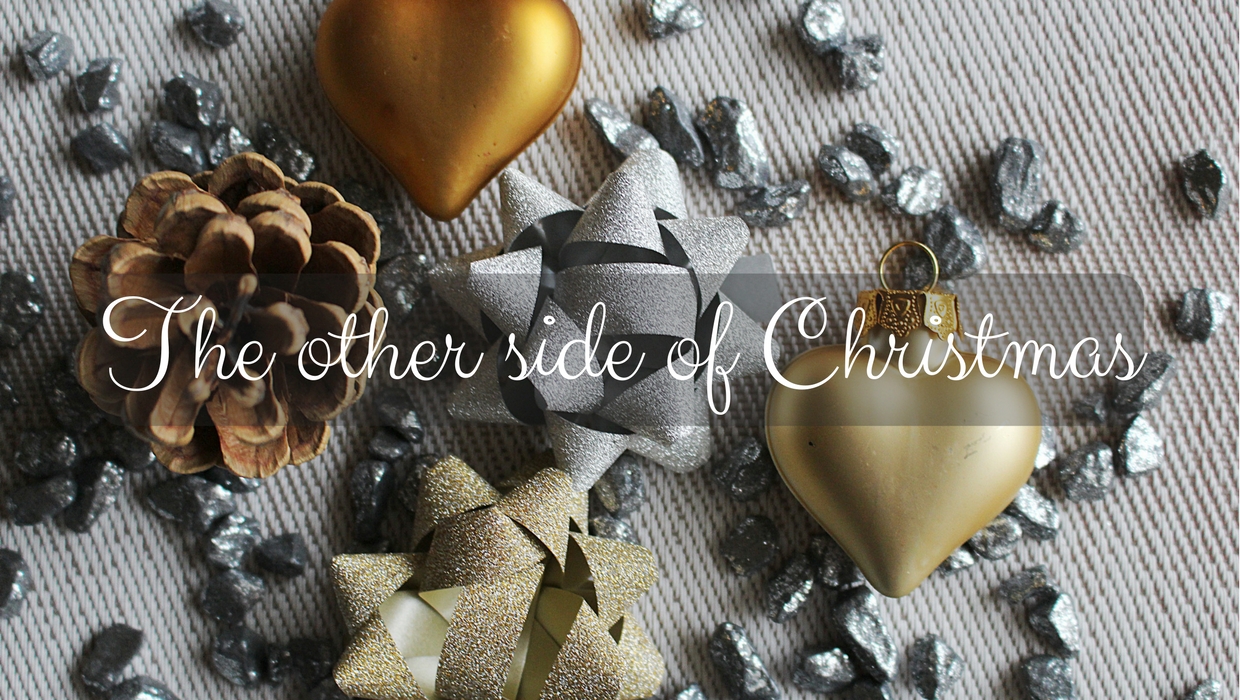 Christmas is normally viewed as a happy and positive time, one filled with hope, peace, joy and love. But this isn’t the way that everyone gets to experience the season. And even the biblical story of Christmas has another side to it.

When they had gone, an angel of the Lord appeared to Joseph in a dream. “Get up,” he said, “take the child and his mother and escape to Egypt. Stay there until I tell you, for Herod is going to search for the child to kill him.”

So he got up, took the child and his mother during the night and left for Egypt, where he stayed until the death of Herod. And so was fulfilled what the Lord had said through the prophet: “Out of Egypt I called my son.”

When Herod realized that he had been outwitted by the Magi, he was furious, and he gave orders to kill all the boys in Bethlehem and its vicinity who were two years old and under, in accordance with the time he had learned from the Magi. Then what was said through the prophet Jeremiah was fulfilled:

“A voice is heard in Ramah,
weeping and great mourning,
Rachel weeping for her children
and refusing to be comforted,
because they are no more.”

Christmas can be a time of isolation and sadness for some people.

Joseph and Mary fled to Egypt and I imagine they were left feeling isolated, separated from their friends and family. Christmas can be a particularly lonely time for people who don’t find themselves physically surrounded by loved ones. Maybe distance separates them, or family breakdown has put up barriers, or death has taken loved ones away, or maybe there had just never been many relationships or connections. On an occasion that is seen as being all about ‘spending time with family’ to be in a position where this isn’t a possibility can be isolating.

And while Jesus was kept safe from Herod’s fury, it became a time of immense sadness and grief and mourning for families who had their infant sons killed. Christmas celebrations, with their emphasis on tradition, can become painful when traditions are forced to change or end, when grandma is no longer around to make the Christmas treats or there is suddenly an empty chair at the table. And each year the Christmas season can become a painful reminder of who or what has been lost. A pain and sadness that sits in stark contrast to the happiness and joy that is ‘meant’ to be experienced at that time of year.

I’m not sure whether it is ‘wrong’ for there to be isolation and sadness at a time when we are remembering and celebrating the coming of Jesus as a little baby. But maybe there is also significance that Matthew included the escape to Egypt and the killing of infants in his gospel.

I wonder what we can do though to help those who might be experiencing isolation and sadness this Christmas. Is there someone that we could invite to join us so that they don’t feel so isolated? Can we encourage people to create new traditions? But is there also a way that we can do these things while still acknowledging that Christmas isn’t always an easy time, and granting space to remember the Christmas treats of previous years or the person that would have filled that seat?

What would it mean to open our ears, eyes and hearts to see hope, peace, joy and love amongst the brokenness?