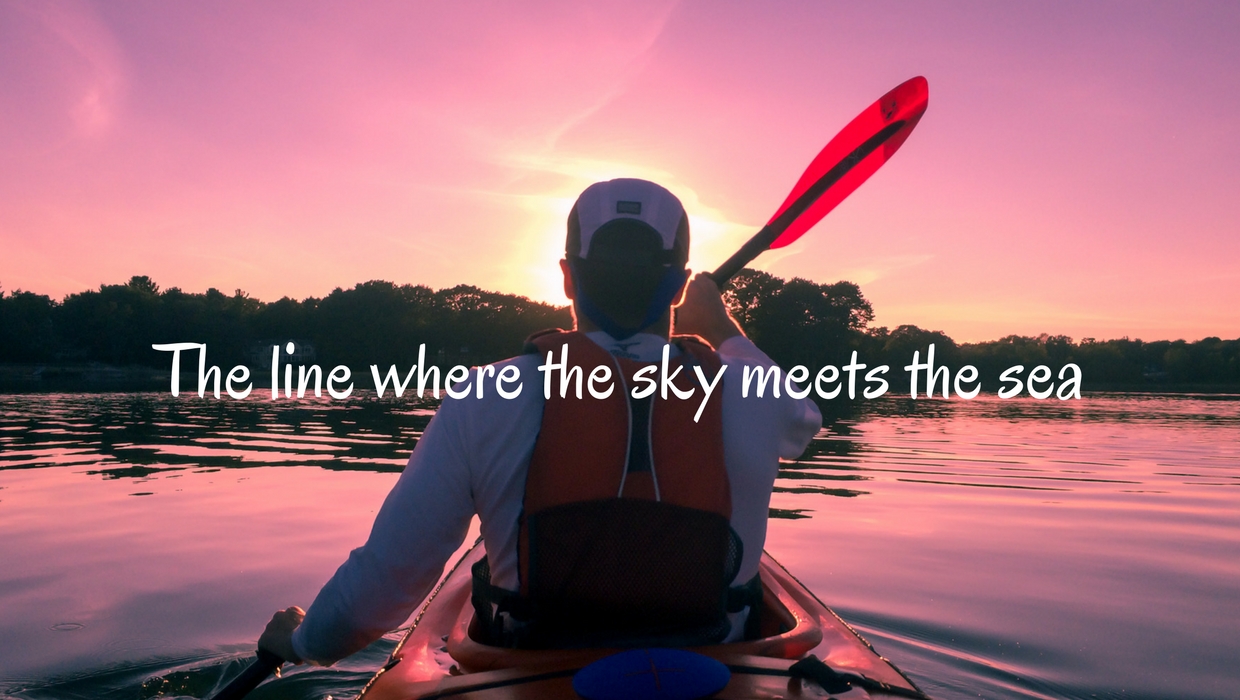 Think about that idea of ‘the line where the sky meets the sea’. You might be able to see it and point in its direction, but you can never quite define its exact location. And if you were to start traveling towards it, it would always remain just out of reach, it would be a lifelong process of sailing towards it. (Not all that different to the concept of ‘the end of the rainbow’.) And yet, in the Disney movie of the same name, Moana sings, “See the line where the sky meets the sea? It calls me”.

I wonder whether there is something in this. That we can feel called to something and yet not truly know what that is going to look like or where it is going to lead us to. But the fact that we can just point towards it is enough, enough to know that it is where we are being called.

“And no one knows, how far it goes

And I think that’s the thing. We might be able to point towards it but there may very well be no one who can tell us it’s exact location or what we would find there. Rather it would be up to us to set off toward ‘the line where the sky meets the sea’, to go on a journey and sail towards it and see where we end up. That the end point cannot be fully known or realized at the start.

This line is a little scary though…

Yep, it means starting without knowing just where you’ll end up! That once the journey starts it might be a lifelong one.

I wonder how this relates to when we feel God calling us towards something. Is just being able to glimpse it and point in its vague direction enough to start the journey? Do we need to sort things out ‘on land’ first? Is it important to know how to sail a ship, or to wait for the wind to be blowing in the direction that we are pointing? For Moana, all it took was the encouragement and push of her grandmother. She didn’t know how to sail a boat, or spend ages preparing for the journey. All it took was that both Moana and her grandmother had known since she was little that she was called to the sea, and then her grandmother told Moana ‘Go’.

“See the line where the sky meets the sea?

And no one knows, how far it goes