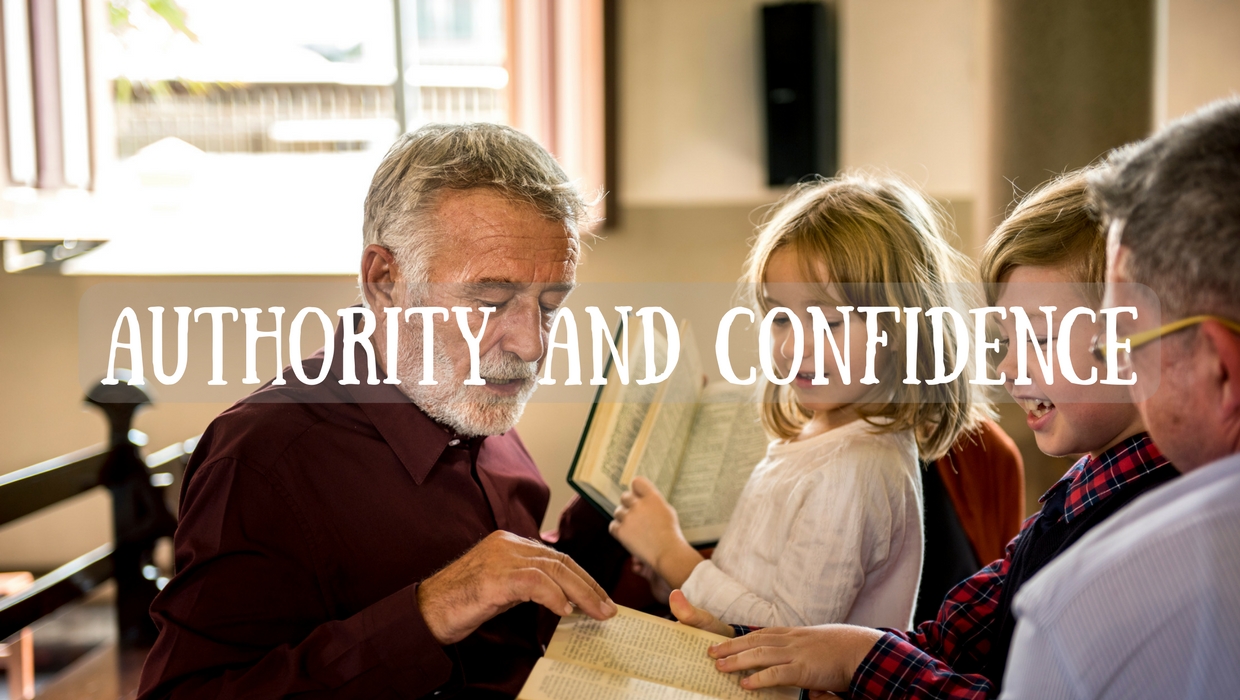 A sermon I shared a few days ago…

Think back to when you were in school, be that 10, 20, 50 or 60 years ago. Do any particular teachers flash back in your memory? What is it about them that you remember?

The first memory that I had pop up in my head was my Year 10 science teacher. Given that he was my science teacher I know he would have taught me science, but the only specific content I can remember him teaching us is Punnett squares during a lesson on genetics. But, what I do have much more vivid memories of is how he taught me, that he would come alongside me and encourage me and work through things one-on-one with me until I got them.

In today’s bible reading (Mark 1:21-28) is the apostle Mark’s first introduction to us of Jesus as a teacher. But did anyone else notice that we aren’t told what Jesus taught to the people there in the synagogue? Instead, we simply hear how Jesus taught, that Jesus taught with authority.

So what is authority? Authority can be defined as the power or right to give orders or make decisions. Authority can also be about having the power to influence others. And authority can be either earned or given, it can come from having a particular title or position, or from being well-known.

In my preparation for today I came across the story of a man named Fred who was invited to be the commencement speaker at Harvard University one year. As the time for him to speak drew near, a woman from the university called to ask Fred what his academic colors were so that they could provide him with the appropriate academic garb. Fred had to inform the woman that he did not have a college degree, and then offered to step aside if they wished to invite someone else (with the proper credentials) to speak.

Similarly, on a Sunday morning when you come to church it’s probably unlikely that you would allow a stranger to simply walk into the church, come up the front, and begin teaching. You would expect that the person up here, up the front, would have some sort of authority, be it because they have a particular title or position, or they are a well-known member of your community. And yet I’m up here today….

21 They [being the disciples and Jesus] went to Capernaum, and when the Sabbath came, Jesus went into the synagogue and began to teach. 22 The people were amazed at his teaching, because he taught them as one who had authority, not as the teachers of the law.

Jesus may very well have been unknown to those in the synagogue that day. Despite the fact that today’s reading is still only from chapter 1 of the book of Mark, so far in the book Jesus has been baptized by John the Baptist, he’s been tested in the wilderness, we’ve had just two verses of Jesus proclaiming the good news of God, and he has called his first four disciples. Yes, Mark is the gospel writer who writes with a sense of urgency and so a lot has happened so far in the space of half a chapter, but we are still right at the very start of Jesus’ ministry. So not only may he have been unknown, but Jesus then also got up and didn’t teach in the way that was normally expected.

Those who would have more commonly been teaching in the synagogue, the ‘teachers of the law’, would have received an education grounded in tradition and law and been heavily dependent on quoting “Rabbi so-and-so who said…” or saying “There is a teaching that says such-and-such”. One biblical commentator has gone so far as to describe the teachers of the law as living in a “prison house of quotation marks”, such was there dependence on the words of previous authorities.

An American writer and theologian, Frederick Buechner, says, “God does not give us neat answers, he gives us himself”. While the teachers of the law gave ‘neat answers’, Jesus gave something more. Jesus didn’t have to rely on quoting others. Jesus was confident in who he was. Jesus, in a worldly sense, had no power, he wasn’t known nor did he have a position within the synagogue, his only authority was in his confidence in not only who he was but whose he was. Jesus was confident in his Father, and that what he did and said was God’s will and truth; Jesus’ authority lay in living as God’s servant.

The reason that people listened to Jesus in the synagogue that day was because of his authority that came from his confidence in who he was and whose he was.

Remember my story earlier about Fred? Well, they opted to confirm their invitation for him to speak, and thus (much to Fred’s amusement) he wore a choir robe for the occasion. Certain outward indications of intellectual achievement may not have been present, but it didn’t take long for the audience to realize that this man had something significant to say.

And similarly I’m up here today.

Jesus’ confidence and authority were because he knew who he was. He was God’s son. He knew the truth of who God was, deep inside of himself.

The teachers of the law had to lean on others, through their use of quotes, to know the truth of God. Jesus was able to lean on God himself.

I’m young, unqualified, and don’t have heaps of experience. So why am I here today?

Over the last couple of days I realized that the message that I am sharing here today is not just one for all of you, but also a message for me to listen to too. That we don’t need to have a particular title or position or to be well-known in order to have authority and the power to influence people. Not when we, like Jesus, know who we are and whose we are. As we said in our Call to Worship – ‘it is out of God’s authority, it is out of God’s love, that we live’.

It is out of God, out of his authority and out of his love, that we live.

I may not have the credentials to be up here this morning, but it is not about me. When Jesus got up to preach at the synagogue it was to point to God.

It’s not about me, it’s not about you, it’s about God. Jesus caught the attention of the people in the synagogue because how he taught was different. He taught them with authority that came directly from God.

And the reason that Jesus could do that was because he was God’s son, just like how we too are God’s children, God’s sons and God’s daughters. So we too can speak with authority, we too can be seen as different, we too can have the power to influence others, to teach them about who God is, and that we too can be confident in whose we are.