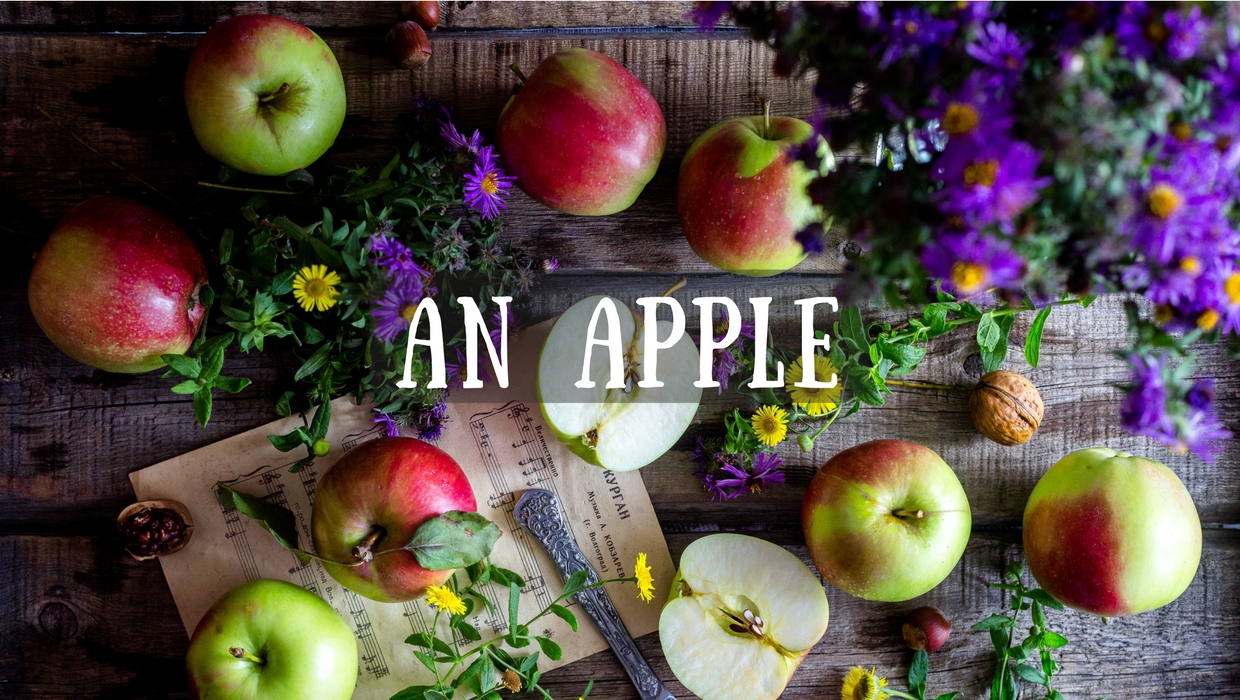 When the woman saw that the fruit of the tree was good for food and pleasing to the eye, and also desirable for gaining wisdom, she took some and ate it. She also gave some to her husband, who was with her, and he ate it.

While the biblical text doesn’t specify what the fruit eaten that day was, religious tradition tells us that it was an apple.

The same fruit that we associate with good health, with the well-known saying “An apple a day keeps the doctor away”.

The same fruit that is associated with being laced with poison by witches and given to unsuspecting young girls.

The same fruit that is stereotypically given to teachers as a gift, maybe because it is seen as ‘a fruit of knowledge’.

It’s this same fruit that is associated with the theological concept of original sin, that first event or action that introduced sin into the world, that led Adam and Eve to be expelled from the perfect Garden of Eden, that led to humanity living in a broken world.

I wonder what we can do with these conflicting ideas about the same thing. Maybe we shouldn’t be so quick to label things as good or bad, right or wrong, better or worst? Do these labels maybe make us put limits on things, limits on people, limits on someone’s potential? Are we able to see things without labeling them?

A reflection based on the Lenten Cross Reading for the 2nd day of Lent.